ASP.NET websites and WCF services can be attacked in many ways to slow down the service and even cause a complete outage. One can perform slowloirs attack to exhaust all connections and threads on IIS and cause a complete outage. One can hit expensive URLs like Download URLs or exploit an expensive WCF service to cause high CPU usage and bring down the service. One can open too many parallel connections and stop IIS from accepting more connections. One can exploit a large file download URL and perform continuous parallel download and exhaust the network bandwidth, causing a complete outage or expensive bandwidth bill at the end of the month. One can also find a way to insert a large amount of data in the database and exhaust database storage.

Thus ASP.NET and WCF services, like all other web technology platforms, need more than standard network firewall. They need proper Web Application Firewall (WAF), which can inspect exactly what is being done on the application and block malicious transactions, specific to the application being protected. Nginx (engine x) is such an application that can offer many types of defence for ASP.NET and WCF and it can significantly speed up an ASP.NET website by offloading static files and large file transfers.

Even if you have zero knowledge of Linux, you can still get a decent nginx setup done.

Read details from this CodeProject article: 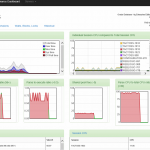 Oracle Performance Dashboard (OPD) is a small ASP.NET website that shows you performance & problems of one or more Oracle instances in near real-time. It uses the Dynamic Performance Views (DPV) and runs some popular DBA scripts in order to get meaningful, easy to understand information out of the server. You can use it to quickly spot blocking queries, who is blocking who, expensive query that are consuming high CPU or disk, see if there’s unusual locks, very high disk activity and so on. You can see a live demo of this from here:
http://odp.omaralzabir.com

The binaries are here, which you can just extract into an IIS folder, put the connection strings in the web.config file, and you are ready to roll. No need to install any Oracle client software on the server.
GitHub Project Binaries

You can get the source code from the GitHub project site:
https://github.com/oazabir/OraclePerformanceDashboard

OPD comes with the following features in V1: 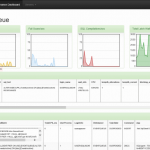 SQL Server Performance Dashboard (SSPD) is a small open source web app that shows you performance & problems of one or more SQL Server instances and their databases in near real time. It uses the Dynamic Management Views (DMV) to gather useful data from the verbose output and combines them with utility stored procs in order to get meaningful, easy to understand information out of them. You can use it to quickly spot blocking queries, who is blocking who, expensive query that are consuming high CPU or disk, see if there’s unusual locks, very high disk activity and so on. 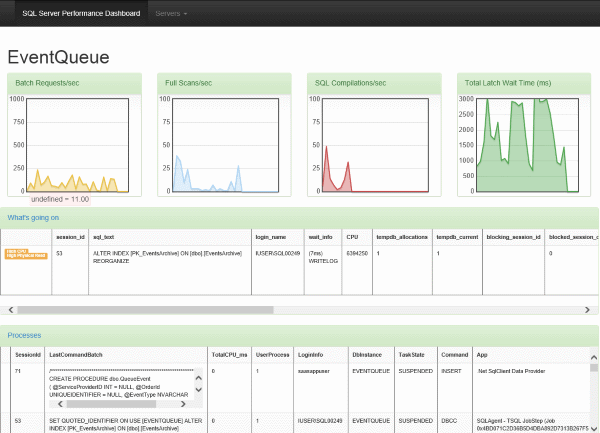 You can read details about the tool from this CodeProject article: http://www.codeproject.com/Articles/799053/Web-based-real-time-SQL-Server-Performance-Dashboa

The binaries are here, which you can just extract into a IIS folder, put the connection strings in the web.config file and you are ready to roll:

Or you can get the source code from the GitHub project site: https://github.com/oazabir/SQLServerDashboard 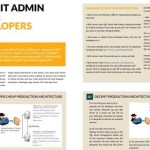 My article on “Essential IT Admin skills for .NET Developers” is published on DNC .NET Magazine May 2013 issue. 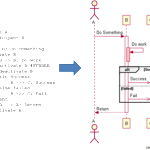 Codeuml.com is a web based UML designer where you code the diagram using a special language and it generates the diagram on the fly. It is faster than using any visual designer where you have to drag & drop diagram elements and use mouse to connect them. Codeuml uses the open source plantuml engine to produce diagram from text. You can produce UML diagrams as fast as you can code. 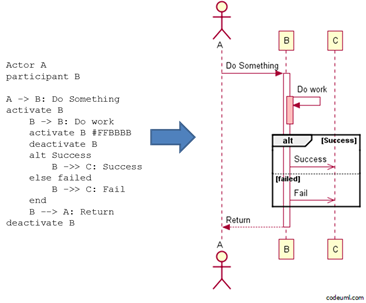 This web application shows some interesting design and coding challenges. First, it shows you how to build a web based IDE like environment that mimics Windows 8 Metro UI. Second it shows how you can periodically collect data from the website, send to the server in the background asynchronously and get the result generated on the fly. Third and the most important, it shows how you can maintain a server side pool of very expensive resource that you cannot just create on every hit to the server and must have a finite pool that is shared by all your web users.

Read details about this from this CodeProject article:

Codeuml – design UML diagrams as fast as you can code 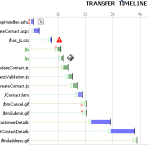 When you use WCF services from Javascript, you have to generate the Javascript proxies by hitting the Service.svc/js. If you have five WCF services, then it means five javascripts to download. As browsers download javascripts synchronously, one after another, it adds latency to page load and slows down page rendering performance. Moreover, the same WCF service proxy is downloaded from every page, because the generated javascript file is not cached on browser. Here is a solution that will ensure the generated Javascript proxies are cached on browser and when there is a hit on the service, it will respond with HTTP 304 if the Service.svc file has not changed.

Here’s a Fiddler trace of a page that uses two WCF services. You can see there are two /js hits and they are sequential. Every visit to the same page, even with the same browser session results in making those two hits to /js. Second time when the same page is browsed: Here’s an HttpModule for IIS and IIS Express which will intercept calls to WCF service proxy. It first checks if the service is changed since the cached version on the browser. If it has not changed then it will return HTTP 304 and not go through the service proxy generation process. Thus it saves some CPU on server. But if the request is for the first time and there’s no cached copy on browser, it will deliver the proxy and also emit the proper cache headers to cache the response on browser.

Here’s the recent presentation made on LIDNUG on scaling ASP.NET websites from thousands to millions of users. The action starts at 0:02:05.

Scaling ASP.NET websites from thousands to millions of users by Omar AL Zabir

Now you no longer pay me for Dropthings license instead you donate the money to a charity and I will give you the license. In case you don’t know what Dropthings is, it is a Web 2.0 Personalizable Dashboard framework that you can use to build Web 2.0 personalizable websites and enterprise dashboards. It is built using ASP.NET AJAX, jQuery, Silverlight, .NET 3.5, Entity Framework, SQL Server. It is in use in big companies like BT, Intel, Microsoft, Thomson Reuters; many government organizations like State Police, Canada Border Protection etc. Since it is a state of the art .NET 3.5 codebase, it is sometimes used as a starting point for an application with all the best practices already in place in order to build an N-tier web app using popular technologies, design patterns and testing methods. Dropthings helps you build web app utilizing extensive performance and scalability research that I have done to scale websites to millions of users. It also helps you build a codebase that is highly testable. It shows you how to test AJAX applications using automated test tools like WatiN. It has a business layer and a data access layer that is fully unit testable, nearly 100% test coverage and uses Inversion of Control pattern to the fullest.

You can find details about the Project here: http://code.google.com/p/dropthings/

There are two codeproject articles that show you how it was built, tested, deployed and the production challenges I had to overcome scaling this to millions of requests per day:

Finally, there’s a book on it, that takes you from the initial idea to design, coding, testing, all the way to purchasing right production hardware, deployment and production troubleshooting. It is a complete end-to-end guide for a developer/startup CTO to take an idea from design to VC funded successful startup used by millions. I have captured many experiences I have learnt from my startup years at Pageflakes that I co-founded and was the founding CTO.

Let’s build great web apps and save the world at the same time!

Microsoft Research arranged MVP Open Day 2011 at Cambridge on Oct 14, 2011. Beautiful university, made me feel like giving up my job and going back to study. Amazing research work going there, highly thought provoking. The session on DNA programming was out of the world. The most surprising thing I learnt that a 10cm long DNA strand can hold 10TB worth digitally encoded data and cells are thousand times more robust computing system than silicon based chips. Moreover, cells are self-powered, super energy efficient micro processors, hundred years ahead of Intel processors.

Can’t wait for the day when we will be able to use C# to program DNA:

Here’s my presentation slide. Nothing NDA or DNA in this, feel free to distribute.